We respond to all your questions

You have a question?

What the cluster will be based on is the quality of life of people, the strengthening of tourism in the region and the promotion of the tourist offer of the Split-Dalmatia County. The demand for health services from abroad in Dalmatia is year by year more pronounced, so the cluster of health tourism of the Split-Dalmatia County is a product that will give tourists everything they need in one. And the necessary medical rehabilitation treatments and diagnoses, as well as tourist offer and services. 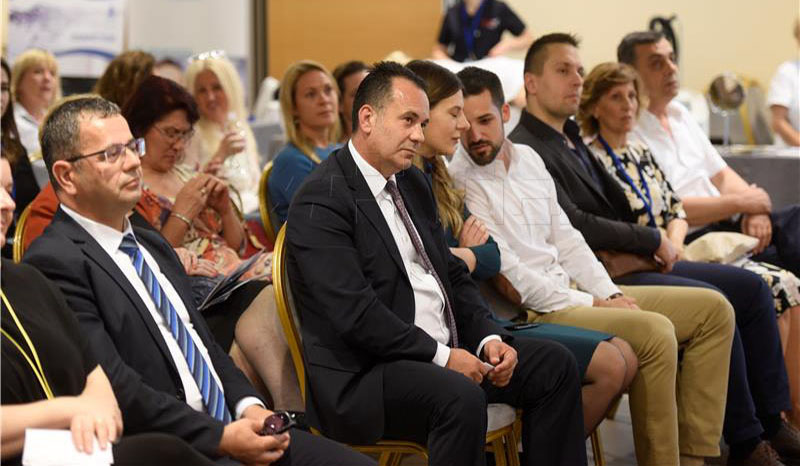 The first international health tourism fair ‘Mediteran 365’ was held from 27 to 29 April 2018 in Split. At that time, the director of the fair, BiljanaMančić, director of the Split-Dalmatia County Tourist Board, Joško Stella, and Director of the Split Tourist Board, AlijaVukšić, announced at the ‘B-Gold Hotel’ in Blatine.
“Answer to the question why a fair like this is imposed on the fact that Diocletian created the Palace here just for the perfect climate and of course the source of sulfur waters. After 1700 years, I continue my tradition of making Split and Dalmatia a capital of health tourism,”said BiljanaMančić.

– Some other forms of tourism are much more developed than health care and thus the great importance of this fair. The whole health and tourism sector can profit from it as well as many activities related to them – he added to the director of the fair and Joško Stella.

“I expect from this fair to partially unite that offer, to be better, better and more numerous. It is also important because partners from all over Croatia and around the world will come, and the goal is to make those who are dealing with it even better and those who want to deal with it as this is the future of modern tourism and we are like destination created for it – said the director of the Tourist Board of the Split-Dalmatia County.

– We need to be aware of the fact that in the world market this segment grows at a rate of 15 to 20 percent. Split is the right place to maintain this fair, the comparative advantages we have, now only need to cross-link health, wellness tourism with our offer. It will do this congress and it will gather scientists from the fields of health, wellness industry, cosmetic surgery, dental offers – Vukšić said.

The fair was held with the strong support of the Croatian Chamber of Economy and TZ Split-Dalmatia County, and for three days it was visited by 2000 people. He gathered medical professionals and representatives from tourism, representatives of travel agencies, airline companies, accommodation and equipment distributors, beauty centers as well as other equally important participants in promoting healthy eating and healthy lifestyles. Apart from the Croatian, the fair also featured participants from neighboring countries and across Europe, more than 30 countries. Slavija Jačan Obratov from the Croatian National Tourist Board at the opening of the fair evaluated that Croatia’s yearly availability of health tourism is extremely important.

“It is estimated that more than 15 percent of world travel is motivated by some form of healthcare, namely health tourism,” said Jačan Obratov at the time.

Also, the director of the fair, Biljana Mančić, presented at the Fair that in Croatia about EUR 330 million a year from health tourism, and it is predicted that this revenue can grow to about one billion euros per year, which is also the objective of “Mediterranean 365” and development and the strengthening of solid tourism in its entirety.

The cluster of health tourism of the Split-Dalmatia County will unite the health services and tourism sector. It is a health-tourism product, offering medical, dental, cosmetic, surgical, implantological, oftalmological, anesthesiologic and therapeutic treatments as well as rehabilitation.